THE ANGLICAN CHURCH of All Saints in Parque Taoro, Puerto de la Cruz, is over 125 years old, making it the oldest Anglican church in Spain.

Many visitors to Tenerife are surprised to find an English-style church here. This small enclave of the Church of England owes its existence to a handful of dedicated Christians who, in the late 1800’s, met each Sunday for Morning Prayer. These Services were read by the British Vice-Consul, Mr Peter Spence Reid.

Donations were given by people of many different nationalities and denominations towards the eventual building of All Saints’ Church, in what was then known as Puerto Orotava and is now Puerto de la Cruz.

The first service was held in the church on 14th June 1891 but due to an outbreak of smallpox there was no formal opening at that time. That was delayed until 1st November 1891 when it was dedicated as All Saints’ Church. On 15th January 1893 the Rt Revd Ernest Graham Ingham, the Bishop of Sierra Leone, in front of a congregation of 189, formally consecrated All Saints’. We have on the wall a copy of the Deed of Consecration.

Another historical feature in our Church is a Font with a brass plaque in memory of three parishioners who were baptised in the church and subsequently lost their lives in World War One; a tablet bears the inscription “you shall love the Lord your God with all your heart all your soul and all your strength”. There is also a beautifully carved wooden pulpit. The east wall behind the altar has a carved oak reredos in memory of a previous parishioner.

The original Pipe Organ in the church was a Bevington built in the UK around the turn of the 20th century. The interior workings of this have been removed, though the front pipes have been retained to enhance the overall appearance of the church. Today’s modern, digital Johannus organ sits in front of the Bevington in the Sanctuary. It was installed during a considerable programme of renovations carried out in 2016, made possible in the main by the generous donations of two members of the congregation.

On Sunday 13th March 2016 Bishop David Hamid re-dedicated the church and its new organ. More pictures from the rededication ceremony can be found by clicking on this link Church Rededication March 2016

The building is Early English Gothic style with pairs of lancet windows to the side aisles. In the Sanctuary there is on the south wall a large scale reproduction of the Light of the World by Holman Hunt.

We also have some wonderfully vibrant stained-glass windows depicting figures of the prophet, apostle and martyr and the wording from Te Deum. Some of these windows were brought over from America around the time the church was built. 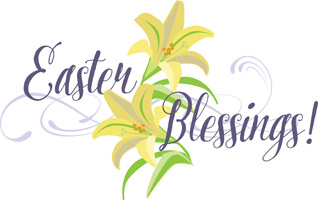 All Saints Lock Down Express April 2020

Following a virtual meeting of the Chaplaincy Council on Wednesday 27th May, it has been decided that All Saints’ will reopen for services in July.  The date is, as yet, unspecified, so watch this space!  Be assured when we do return to our beautiful church and grounds for worship and fellowship that we will be observing whatever regulations are in operation in July, and we will be taking all the precautions possible to keep everyone as safe as possible whilst still creating a spirit of worship and trust.

PLEASE NOTE that the next Car Boot Sale (planned for June 6th) has been cancelled.  The next sale will be in September or October subject to government regulations.

Wendy Sanderson – Churchwarden
On behalf of the Church Council.