The 25th July 2022 is the 225th Anniversary of the Battle of Santa Cruz in 1797, in which a British force led by Rear Admiral Horatio Nelson attempted to take the town.

This year, to mark the anniversary, a plaque has been dedicated in the church of San Jorge (formerly the Anglican church of St George’s, Santa Cruz) in memory of those who fell in the failed attempt. 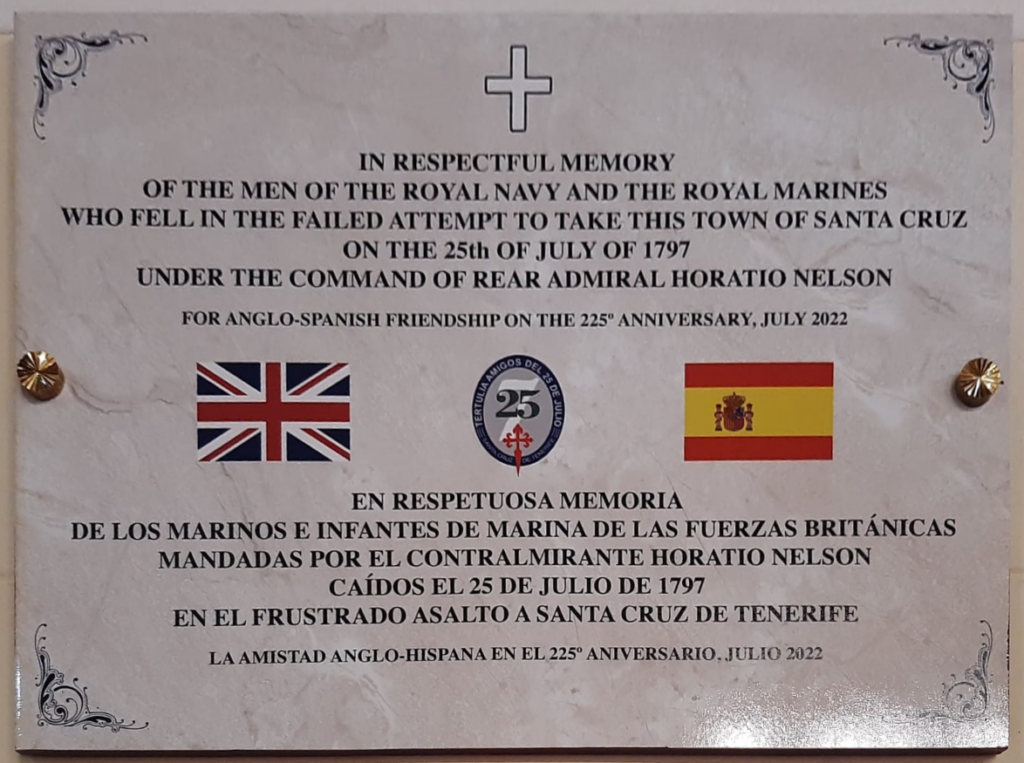