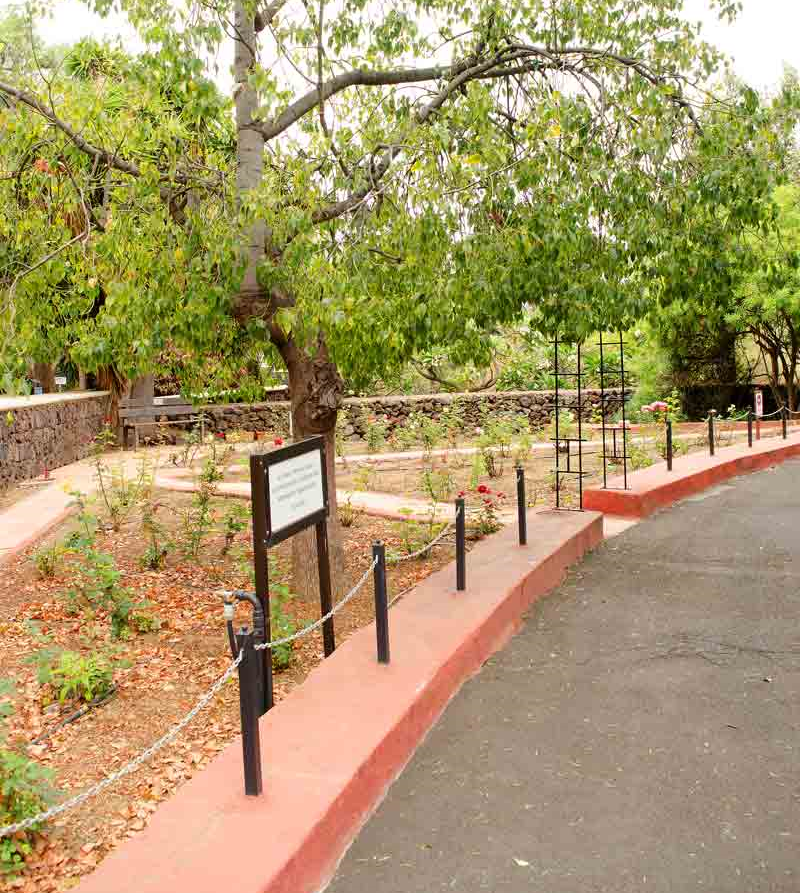 THE CHURCH GARDENS are home to a very special memorial, a Rose Garden dedicated to the memory of the 146 passengers and crew who lost their lives when Dan Air charter flight 1008 inbound from Manchester to the Tenerife North airport of Los Rodeos crashed in the nearby forest of La Esperanza on 25th April 1980.

The anniversary of the disaster is marked each year at the Sunday service nearest to the date as the congregation gather in the garden to remember those who died that day.

The official (Spanish) investigation concluded that the cause of the accident was that the pilot in command, without taking account of the altitude at which he was flying, took the aircraft into an area of high terrain and thereby failed to maintain a safe height above the terrain.

However, a British addendum to the report found that tardy and ambiguous directions from air traffic control regarding the unpublished hold directly contributed to the disorientation of the aircraft commander. The addendum also found that the unpublished track onto which the aircraft was directed required tight turns to be flown. These were practically unflyable, making entry into the region of high ground inevitable for an aircraft flying this track, even without the navigational errors.

Further, the addendum found that the directed altitude of 5,000ft was inadequate for this holding pattern, and that the minimum altitude for entry into the holding pattern should have been 8,000ft, with a minimum altitude of 7,000ft for the pattern itself, had a minimum safe altitude calculation been performed ahead of time by a competent authority. The addendum concluded that the accident would not have occurred if the aircraft had not been cleared below 7,000ft.

A memorial in Southern Cemetery, Manchester commemorates the victims of the disaster, whose names are inscribed on a series of slate tablets within a small grassed enclosure.