The Chaplaincy of All Saints North Tenerife & La Palma is searching for a new Chaplain.  The advertisement has appeared in the Church Times newspaper and website. Details of the application process may be seen here.

The Chaplaincy Profile 2022 and photo galleries can be found here.

Please pray for the Wardens and members of our Chaplaincy Council, as they seek to identify God’s chosen person.

Harvest Festival/Bring and Share Lunch – 9th October at 11am 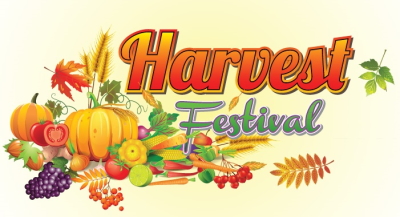 Please  note the amended date (which is incorrect in the published newsletter). 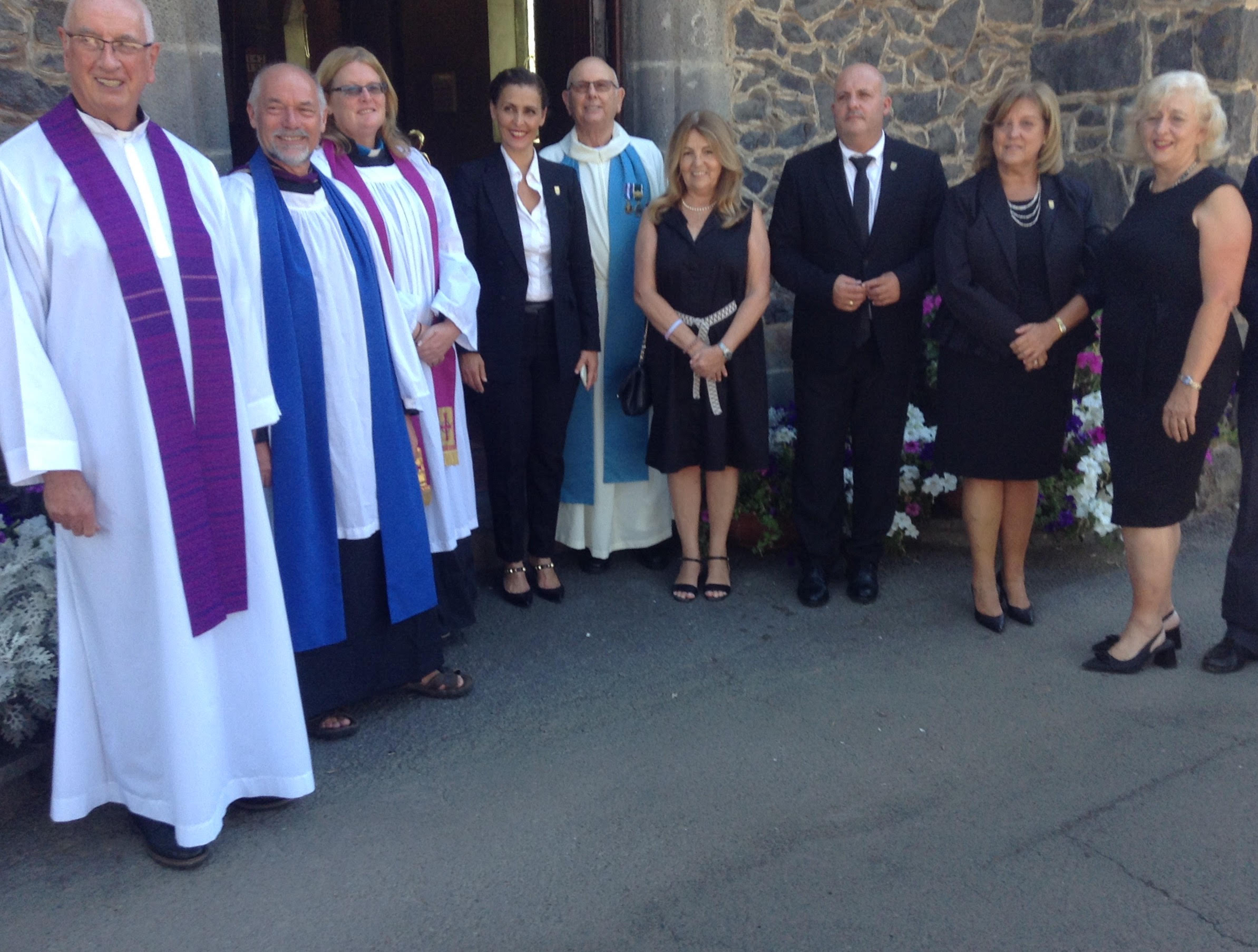 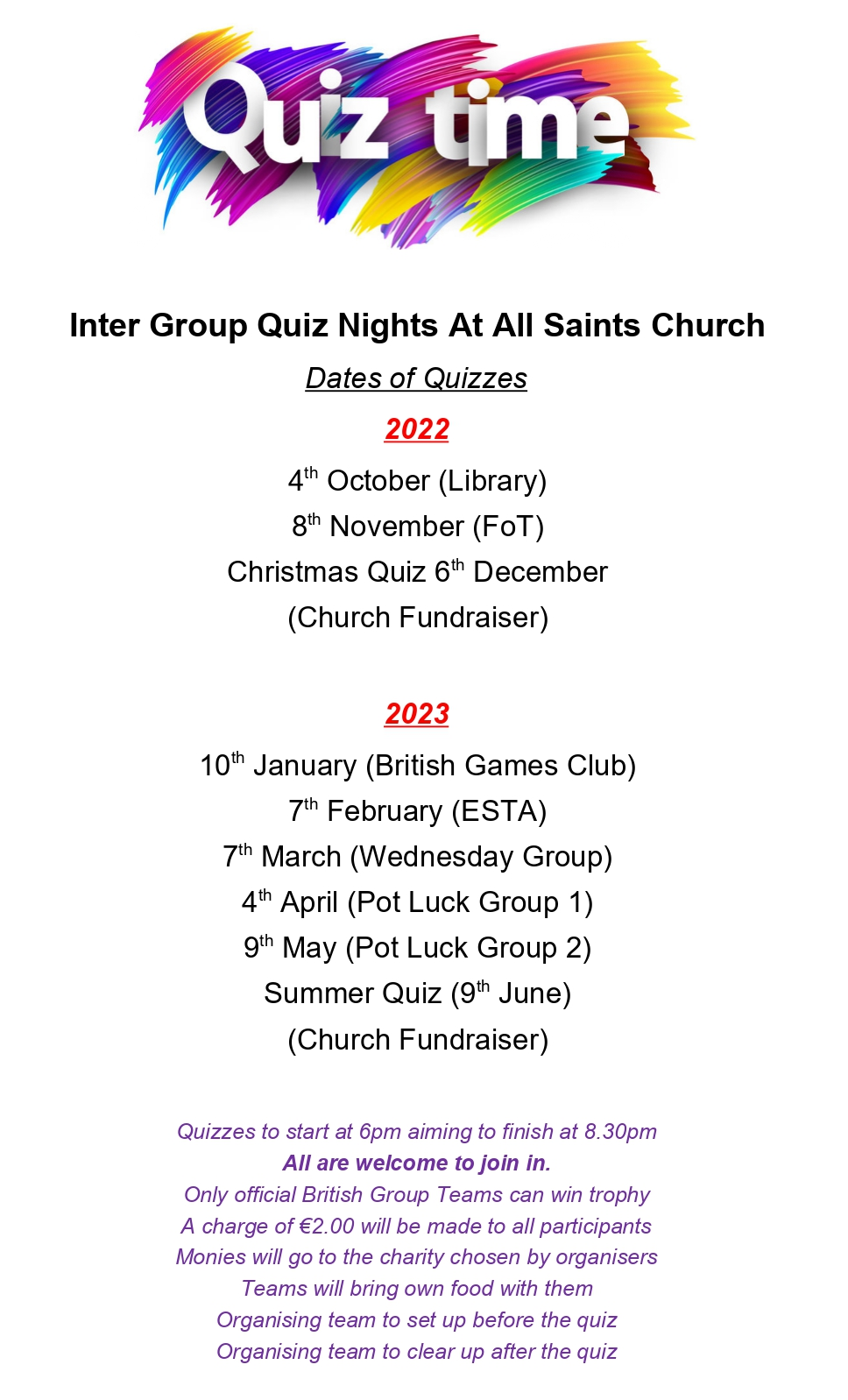 *** Use the buttons on the toolbar to navigate the newsletter ***

Our regular readers will have noticed that regrettably there was no weekly message last week. This was after the sad news of the death of the Governor of the Church of England Her Majesty Queen Elizabeth II. At that time all our efforts were directed into preparing and arranging a suitable memorial service in All Saints Church.

The memorial service was held on Wednesday 21st. and was attended by the British Vice Consul in Tenerife – who read the lesson. A delegation from the Town Council here in Puerto de la Cruz, also leaders of other organisations and charitable institutions. In addition members of other Churches in the area, including Spanish, German, Scandinavian, and also persons of other faiths and none. All of whom wanted to pay their respects and give thanks for the 70 year reign of Queen Elizabeth II.

As part of this service it was decided to ask all participants to say The Lord’s Prayer in their own language. I believe the languages that were heard included; English, Spanish, German, Welsh, Ukrainian and I am sure others that I did not hear or were not reported. The sound that I could hear, however, reminded me of the passages in the Bible where one can read of people ‘speaking in tongues’:

Isaiah Ch 28 v 11 For by people of strange lips and with a foreign tongue the LORD will speak to this people.

Acts Ch2 v 4 And they were all filled with the Holy Spirit and began to speak in other tongues as the Spirit gave them utterance. Now there were dwelling in Jerusalem Jews, devout men from every nation under heaven. And at this sound the multitude came together, and they were bewildered, because each one was hearing them speak in his own language.

1 Corinthians Ch 14 – which I leave for you to read for yourselves and contemplate.

I definitely heard the speaking of many tongues, in that prayer, all extolling God, and felt a great uplifting at that time.

I can only hope that the Memorial Service remains in the minds of those attending for many years.
Also, I pray that the Soul of our late Queen Elizabeth will Rest in Peace & Rise in Glory. 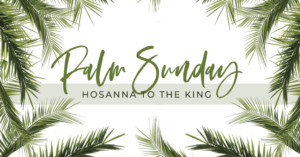 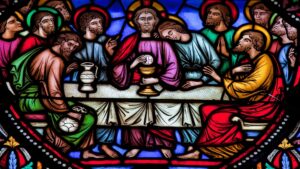 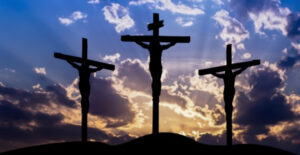 2:00pm Service of Reflection – led by the Revd Rachel Ganney 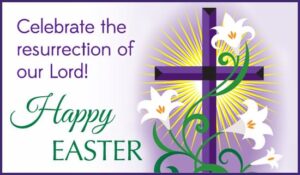 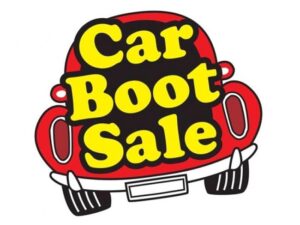 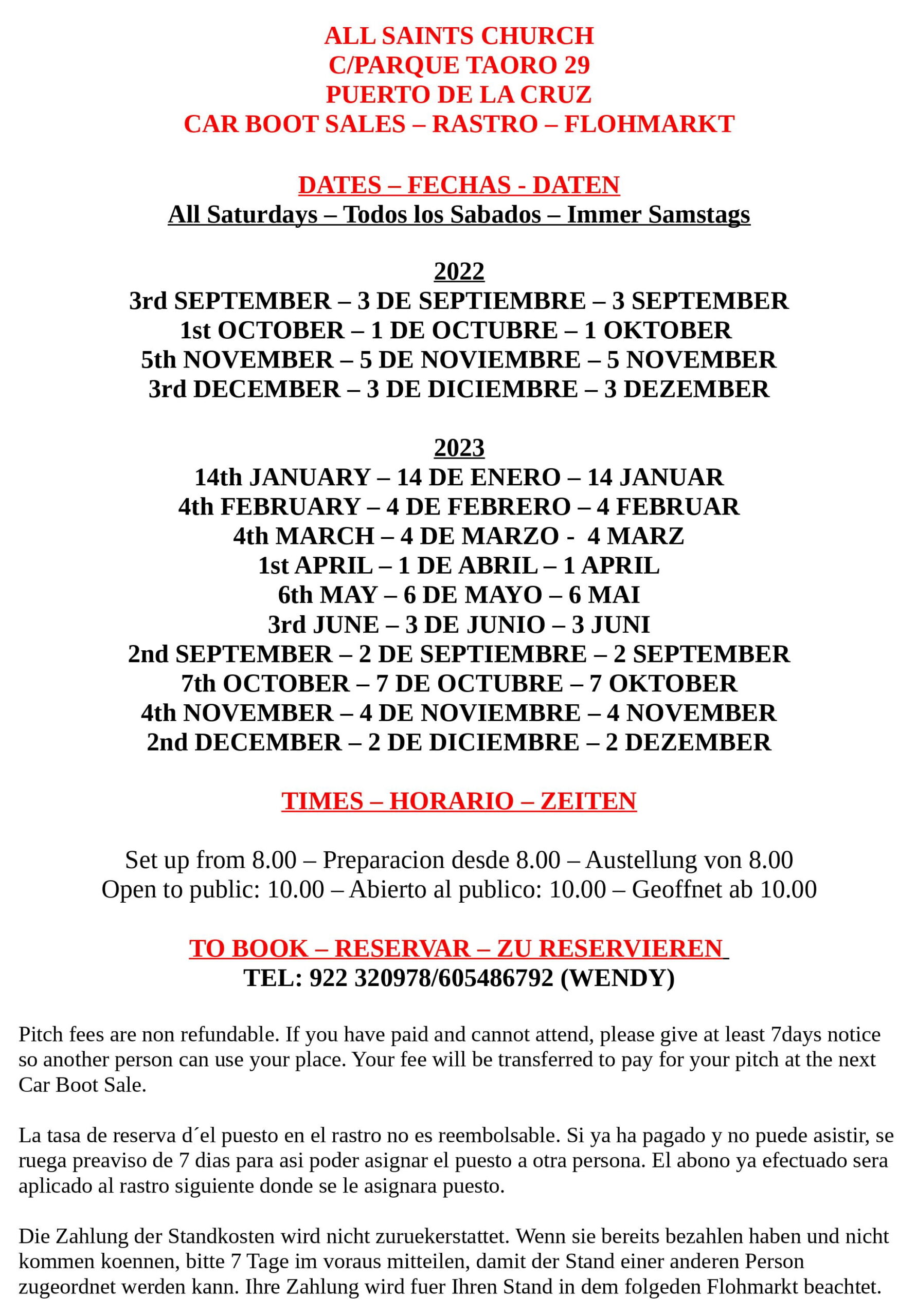 The Health Service telephone line for coronavirus in the Canary Islands is 900112061.  This change is because the existing  112 and 061 lines are overloaded with hundreds of people calling for coronavirus information, so that the seriously ill, such as with heart attacks, are unable to get help. This new number is specifically for coronavirus. Share it in your groups, for the good of all. 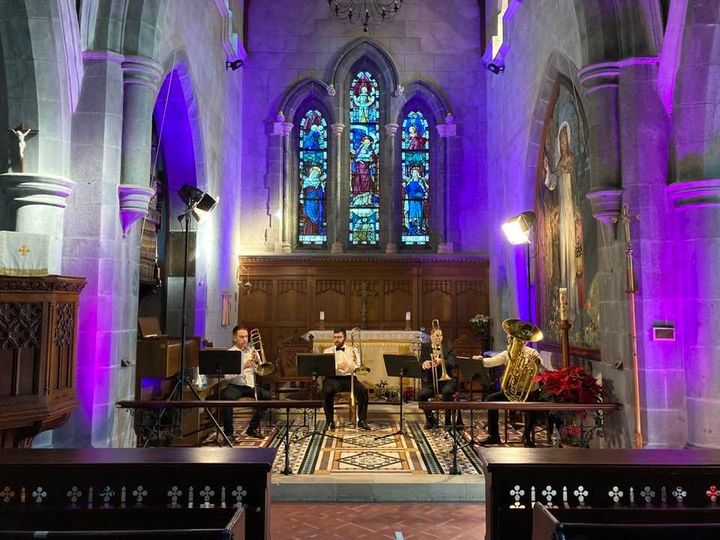 In the afternoon of New Year’s Day the Church of All Saints’ in Taoro Park was filled, to the COVID permitted capacity, when a Brass Quartet gave a concert.

This Quartet, comprising of 3 Trombones with a Tuba, from Reyes Bartlet, gave a varied recital with the first section comprising of some light classical numbers, including Sibelius’ tone poem “Finlandia” and a magnificent Trombone Quartet by Apon. This was followed by a medley of Christmas themed music including Adeste Fideles, Jingle bells etc. with the audience encouraged to join in with singing and clapping to some of the traditional numbers, The recital was brought to a close with a tear jerking rendition of Pucini’s Nessen Dorma.

A great afternoon’s entertainment and a wonderful start to the New Year. The Quartet have been invited to make a return visit to the Church and I do hope that they accept the invitation and would encourage others to come and enjoy such a return visit.