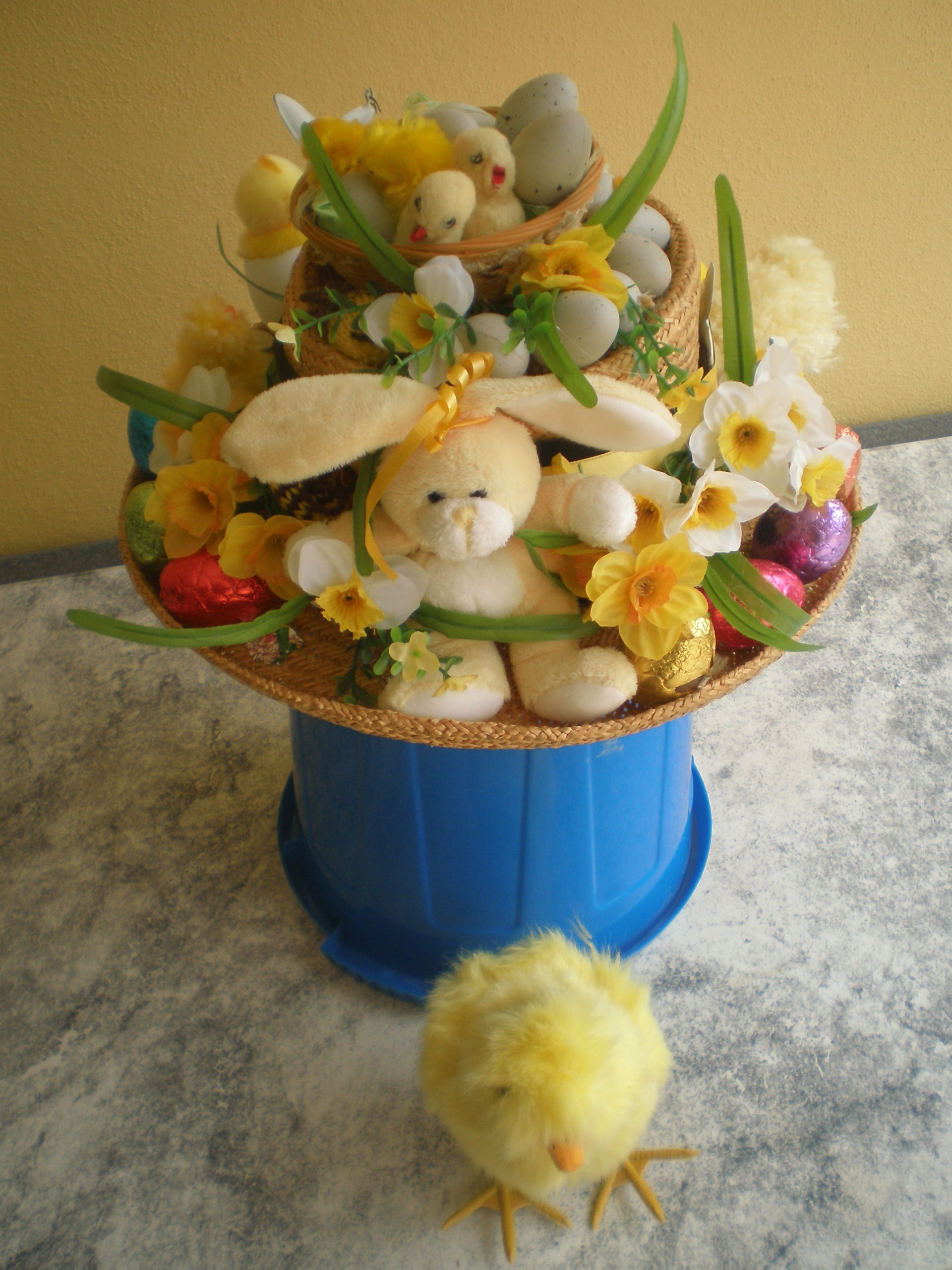 One of the All Saints’ traditions we’ve missed this year was the Parish Lunch and Easter Bonnet Parade, which would have taken place after Easter Day’s Sung Eucharist.  Here is the creation which one of our parishioners was planning to wear.  Would it have won first place?  Sadly we will never know . . . . although perhaps we should plan to hold the parade and competition when the current isolation period is over! 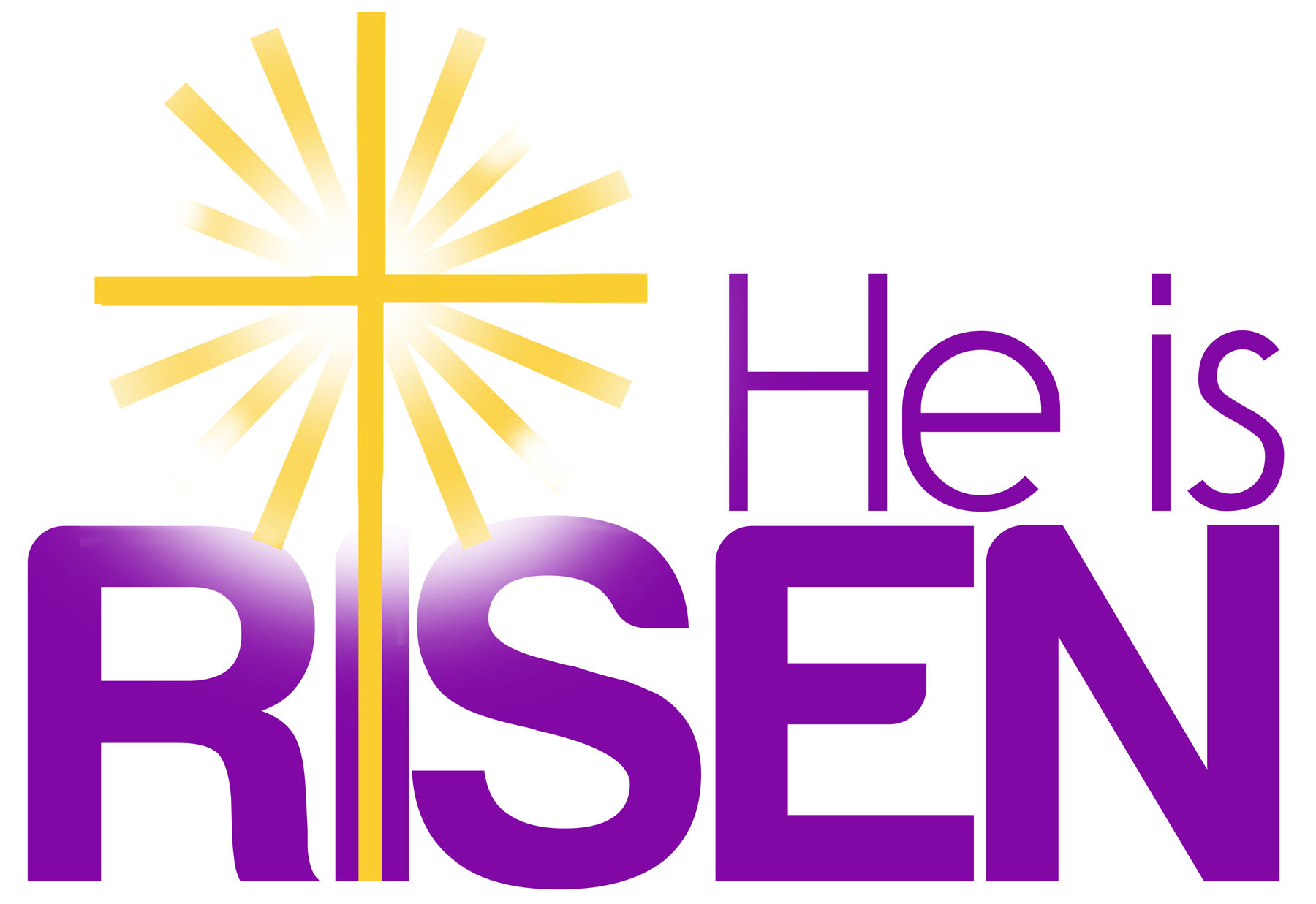 Rejoice, O earth, in shining splendor,
Radiant in the splendour of your King!
Christ has conquered! Glory fills you!
Darkness vanishes for ever!

Rejoice, O Mother Church! Exult in glory!
The risen Saviour shines upon you!
Let this place resound with joy,
Echoing the mighty song of all God’s people! 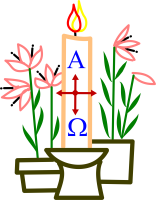 So begins the “Exultet”, an ancient Christian hymn dating from the seventh century.  It is usually sung or read after the Paschal Candle, lit from the new fire, has been carried in procession into the church to the accompaniment of the shout “The Light of Christ” and the response “Thanks be to God” three times.  Some of the best hymns ever written are for the Easter season, and here is one of them, followed by the collect and readings for Easter Day, and a final hymn, “Thine be the Glory”!

Reflection from the Revd Ron Corne – Chaplain of All Saints’ Tenerife

The Collect for Easter Day

Lord of all life and power, who through the mighty resurrection of your Son overcame the old order of sin and death to make all things new in him:  grant that we, being dead to sin and alive to you in Jesus Christ, may reign with him in glory;  to whom with you and the Holy Spirit be praise and honour, glory and might, now and in all eternity.  Amen.

Then Peter began to speak: “I now realize how true it is that God does not show favoritism but accepts from every nation the one who fears him and does what is right. You know the message God sent to the people of Israel, announcing the good news of peace through Jesus Christ, who is Lord of all. You know what has happened throughout the province of Judea, beginning in Galilee after the baptism that John preached— how God anointed Jesus of Nazareth with the Holy Spirit and power, and how he went around doing good and healing all who were under the power of the devil, because God was with him.

“We are witnesses of everything he did in the country of the Jews and in Jerusalem. They killed him by hanging him on a cross, but God raised him from the dead on the third day and caused him to be seen. He was not seen by all the people, but by witnesses whom God had already chosen—by us who ate and drank with him after he rose from the dead. He commanded us to preach to the people and to testify that he is the one whom God appointed as judge of the living and the dead. All the prophets testify about him that everyone who believes in him receives forgiveness of sins through his name.”

Since, then, you have been raised with Christ, set your hearts on things above, where Christ is, seated at the right hand of God. Set your minds on things above, not on earthly things. For you died, and your life is now hidden with Christ in God. When Christ, who is your life, appears, then you also will appear with him in glory.

Early on the first day of the week, while it was still dark, Mary Magdalene went to the tomb and saw that the stone had been removed from the entrance. So she came running to Simon Peter and the other disciple, the one Jesus loved, and said, “They have taken the Lord out of the tomb, and we don’t know where they have put him!”

So Peter and the other disciple started for the tomb. Both were running, but the other disciple outran Peter and reached the tomb first. He bent over and looked in at the strips of linen lying there but did not go in. Then Simon Peter came along behind him and went straight into the tomb. He saw the strips of linen lying there, as well as the cloth that had been wrapped around Jesus’ head. The cloth was still lying in its place, separate from the linen. Finally the other disciple, who had reached the tomb first, also went inside. He saw and believed. (They still did not understand from Scripture that Jesus had to rise from the dead.) Then the disciples went back to where they were staying.

Now Mary stood outside the tomb crying. As she wept, she bent over to look into the tomb and saw two angels in white, seated where Jesus’ body had been, one at the head and the other at the foot.

They asked her, “Woman, why are you crying?”

“They have taken my Lord away,” she said, “and I don’t know where they have put him.” At this, she turned around and saw Jesus standing there, but she did not realize that it was Jesus.

He asked her, “Woman, why are you crying? Who is it you are looking for?”

Thinking he was the gardener, she said, “Sir, if you have carried him away, tell me where you have put him, and I will get him.”

She turned toward him and cried out in Aramaic, “Rabboni!” (which means “Teacher”).

Jesus said, “Do not hold on to me, for I have not yet ascended to the Father. Go instead to my brothers and tell them, ‘I am ascending to my Father and your Father, to my God and your God.’”

Mary Magdalene went to the disciples with the news: “I have seen the Lord!” And she told them that he had said these things to her.

God of Life, who for our redemption gave your only-begotten Son to the death of the cross, and by his glorious resurrection have delivered us from the power of our enemy: grant us so to die daily to sin, that we may evermore live with him in the joy of his risen life; through Jesus Christ our Lord.  Amen.

He is risen indeed!  Alleluia, Alleluia!