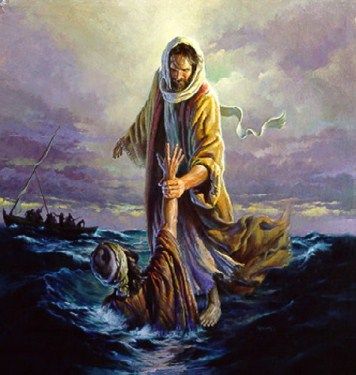 Thursday was a joyous occasion at All Saints as we welcomed our Archdeacon, the Venerable David Waller, clergy from Anglican, Lutheran and Roman Catholic churches in the Canary Islands and many members of our own congregation for the Licensing of the Revd Ron Corne as our new full-time chaplain.  Please remember Fr Ron in your prayers, as he begins his ministry among us.

The Collect for The Ninth Sunday after Trinity

Almighty God, who sent your Holy Spirit to be the life and light of your Church: open our hearts to the riches of your grace, that we may bring forth the fruit of the Spirit in love and joy and peace; through Jesus Christ your Son our Lord, who is alive and reigns with you, in the unity of the Holy Spirit, one God, now and for ever.  Amen.

Joseph, being seventeen years old, was shepherding the flock with his brothers; he was a helper to the sons of Bilhah and Zilpah, his father’s wives; and Joseph brought a bad report of them to their father. Now Israel loved Joseph more than any other of his children, because he was the son of his old age; and he had made him a long robe with sleeves. But when his brothers saw that their father loved him more than all his brothers, they hated him, and could not speak peaceably to him.

Now his brothers went to pasture their father’s flock near Shechem. And Israel said to Joseph, ‘Are not your brothers pasturing the flock at Shechem? Come, I will send you to them.’ He answered, ‘Here I am.’ So he said to him, ‘Go now, see if it is well with your brothers and with the flock; and bring word back to me.’ So he sent him from the valley of Hebron.

He came to Shechem, and a man found him wandering in the fields; the man asked him, ‘What are you seeking?’ ‘I am seeking my brothers,’ he said; ‘tell me, please, where they are pasturing the flock.’ The man said, ‘They have gone away, for I heard them say, “Let us go to Dothan.”’ So Joseph went after his brothers, and found them at Dothan. They saw him from a distance, and before he came near to them, they conspired to kill him. They said to one another, ‘Here comes this dreamer. Come now, let us kill him and throw him into one of the pits; then we shall say that a wild animal has devoured him, and we shall see what will become of his dreams.’ But when Reuben heard it, he delivered him out of their hands, saying, ‘Let us not take his life.’ Reuben said to them, ‘Shed no blood; throw him into this pit here in the wilderness, but lay no hand on him’—that he might rescue him out of their hand and restore him to his father. So when Joseph came to his brothers, they stripped him of his robe, the long robe with sleeves that he wore; and they took him and threw him into a pit. The pit was empty; there was no water in it.

Then they sat down to eat; and looking up they saw a caravan of Ishmaelites coming from Gilead, with their camels carrying gum, balm, and resin, on their way to carry it down to Egypt. Then Judah said to his brothers, ‘What profit is there if we kill our brother and conceal his blood? Come, let us sell him to the Ishmaelites, and not lay our hands on him, for he is our brother, our own flesh.’ And his brothers agreed. When some Midianite traders passed by, they drew Joseph up, lifting him out of the pit, and sold him to the Ishmaelites for twenty pieces of silver. And they took Joseph to Egypt.

Moses writes concerning the righteousness that comes from the law, that ‘the person who does these things will live by them.’ But the righteousness that comes from faith says, ‘Do not say in your heart, “Who will ascend into heaven?”’ (that is, to bring Christ down) ‘or “Who will descend into the abyss?”’ (that is, to bring Christ up from the dead). But what does it say?

‘The word is near you,
on your lips and in your heart’

(that is, the word of faith that we proclaim); because if you confess with your lips that Jesus is Lord and believe in your heart that God raised him from the dead, you will be saved. For one believes with the heart and so is justified, and one confesses with the mouth and so is saved. The scripture says, ‘No one who believes in him will be put to shame.’ For there is no distinction between Jew and Greek; the same Lord is Lord of all and is generous to all who call on him. For, ‘Everyone who calls on the name of the Lord shall be saved.’

Immediately he made the disciples get into the boat and go on ahead to the other side, while he dismissed the crowds. And after he had dismissed the crowds, he went up the mountain by himself to pray. When evening came, he was there alone, but by this time the boat, battered by the waves, was far from the land, for the wind was against them. And early in the morning he came walking towards them on the lake. But when the disciples saw him walking on the lake, they were terrified, saying, ‘It is a ghost!’ And they cried out in fear. But immediately Jesus spoke to them and said, ‘Take heart, it is I; do not be afraid.’

Peter answered him, ‘Lord, if it is you, command me to come to you on the water.’ He said, ‘Come.’ So Peter got out of the boat, started walking on the water, and came towards Jesus. But when he noticed the strong wind, he became frightened, and beginning to sink, he cried out, ‘Lord, save me!’ Jesus immediately reached out his hand and caught him, saying to him, ‘You of little faith, why did you doubt?’ When they got into the boat, the wind ceased. And those in the boat worshipped him, saying, ‘Truly you are the Son of God.’

Holy Father, who gathered us here around the table of your Son to share this meal with the whole household of God: in that new world where you reveal the fullness of your peace, gather people of every race and language to share in the eternal banquet of Jesus Christ our Lord.  Amen.