The Diocese in Europe is geographically by far the largest diocese of the Church of England, with its churches and congregations spread across 42 countries on three continents, and covering one sixth of the earth’s land surface.

With almost 300 congregations across Europe, as well as in Turkey, Morocco and Russia, the churches under its orbit have equally varied locations, ranging from capital cities through small towns and into holiday areas such as here in Tenerife.

The congregations include young people, retired people, diplomats, business men and women and, in many instances, refugees.

The Diocese looks after churches as far apart as Mongolia in the east and Portugal in the west and from Iceland in the north down to Morocco in the south.

Diocesan head office is in Gibraltar, home to the cathedral of the diocese. There are two “pro-cathedrals”, St Paul’s Valletta, in Malta and Holy Trinity, Brussels, in Belgium.

English churches have been established in continental Europe since before the Reformation and grew in number to such an extent that in 1633 congregations of the Church of England in all foreign countries were placed under the jurisdiction of the Bishop of London, London then being the chief port of England.

Anglican dioceses and then provinces were later formed in all parts of the world outside the United Kingdom.

In 1883 the Bishop of London appointed a suffragan bishop, who later was given the title of Bishop of Fulham, to supervise the chaplaincies in north and central Europe.

From 1970 the Jurisdiction of North and Central Europe, together with the Diocese of Gibraltar, was in the episcopal care of one bishop, the Bishop of Fulham and Gibraltar.

Then in July 1980 a single diocese was formed with the title The Diocese in Europe, and it became the 44th Diocese of the Church of England.

The Bishop of the Diocese is assisted by a Suffragan Bishop and Assistant Bishops.

The Episcopal Church of the United States of America (ECUSA) has also established six churches in Europe. They are under the jurisdiction of the Presiding Bishop of ECUSA. Since 1971 they have been placed in the care of the Bishop-in-Charge of the American Convocation in Europe.

The Spanish Episcopal Reformed Church and the Lusitanian Church (Portugal) are also full member churches of the Anglican Communion, and the Church of England has full communion with a number of others churches, as a result of historical agrrements and the more recent Porvoo Agreement. 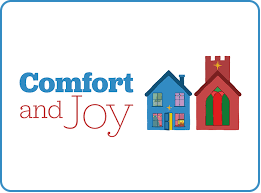 For the latest rules as they affect our worship in church, and future Car Boot Sales (updated 23rd October), please click here.